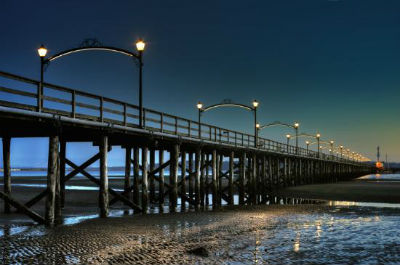 White Rock Pier extends 470 meters out into Semiahmoo Bay and is thought to be the longest wooden pier in all of Canada.  The pier originally opened in 1914, making it over 100 years old!  It originally served as a dock for steamships that frequented the coast line.  After a fire in the 70’s near the beginning of the pier the dock was deemed unsafe.  Through the communities efforts the pier was restored and is now a major attraction in White Rock.

To find more houses for sale in White Rock BC click below.